On a whim, I auditioned for the Lehmann Engel Musical Theater Workshop as a lyricist. To my shock, they accepted me. Since then, I’ve written four full-length musicals: Two with the late, great Mark Sutton-Smith, who we lost in March, 2013, and two with Joy Son, who I met at the workshop but never worked with until 2012.

I won the 2013 Kleban Prize for Musical Theatre for my libretto to “The Usual,” putting me in the company of Marx and Lopez, Jason Robert Brown, Michael John LaChiusa, John Weidman, Gretchen Cryer and David Lindsay-Abaire.

The ceremony itself was a thrill, as I got to meet Broadway songwriting legends Sheldon Harnick, Maury Yeston, Henry Kriegman, and Richard Maltby, Jr. We performed a segment of “The Usual,” with Joy playing Mark’s music on a grand piano that had belonged to Harold Arlen. He would have gotten a huge kick out of that!

Photos from the ceremony here.

Based on my short story, “The Fact,” a tale of the fateful encounter between a singer-songwriter and the woman he once longed for but could never have. When they reunite for a road trip, sparks fly — but flying sparks can set fires. Along with “Bad Reception,” one of my ongoing “Crime Scenes” musicals.

A freewheeling adaptation of the Sumerian epic, with a cast ranging from 11 to infinity. I did the book on this one, but Lawrence’s score is gorgeous! Can you tell we’re both fans of “Candide?”

Love, loss, magic, choices, the party of the decade and a really big mushroom. Adapted loosely from “A Midsummer Night’s Dream,” but set in Central Park in the present day. No one in a donkey mask, but you know that mushroom’s gonna come into play.

Joy Son and I were selected for the York Theatre’s NEO Program.

Brooklyn, 1998. Ken, a single gay man, agrees to marry Esme, a Colombian student, when she finds herself pregnant and on the verge of deportation. This unusual family unit will find itself threatened as the world changes around them. With a score covering fourteen musical styles, ranging from salsa to rock to ragtime. A cast of eight. 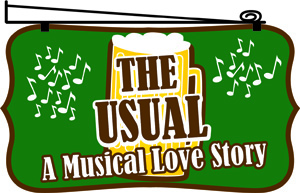 Casey Ames, a high school student transplanted from New York City to a small Pennsylvania town, is obsessed with following in the footsteps of her late, NYPD detective father. But her fellow students don’t take kindly to her interference, and she finds herself in over her head when she comes across a real murder — and she’s the main suspect. A large and mostly young cast and the pop/rock score make this a good fit for high schools and colleges. 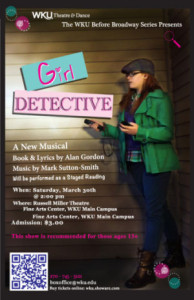 And watch Graham Stevens sing “The Medication” (song by Mark Sutton-Smith and Alan Gordon) as part of New York Theater Barn at the Duplex 7.25.11

A one-act musical. Sean returns to a clearing in the forest where he last saw Jane. And she’s waiting for him. A ghost? A delusion? Let’s find out.